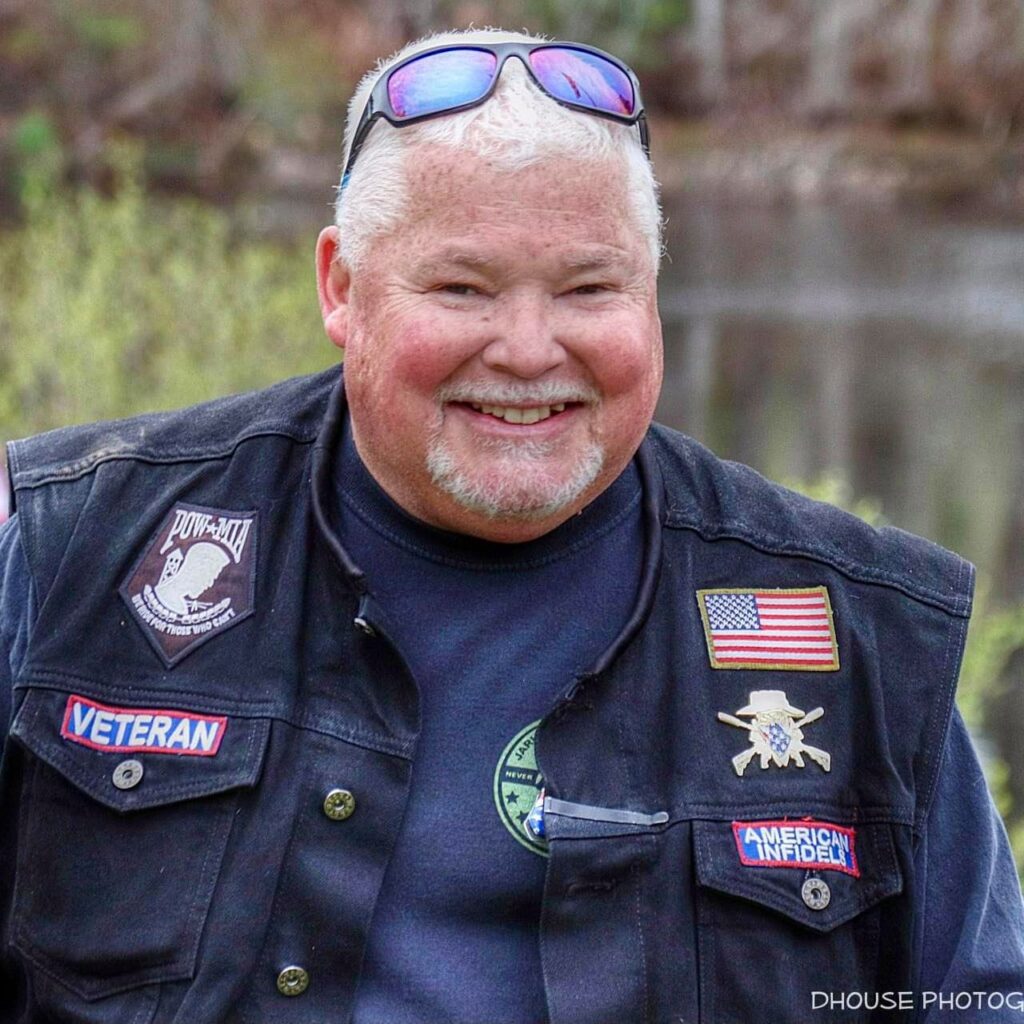 It is with the deepest sadness that the American Infidels Veterans Motorcycle Club Founding Chapter announces the passing of Patch Holder Andy “Hamma” Best on March 10th, 2022. Hamma served honorably as a United States Marine for 4 years, spending time in Okinawa. He was the father of 3 loving children; Mike, Jen and Julie, who meant the world to him. Having retired from a career with Teamsters Local 25, Hamma took up caring for horses on a farm in his free time. A devoted member of the Founding Chapter, during his time with us he was awarded his Gold Center and served as Road Captain, Sergeant-At-Arms and Vice President. Hamma helped raise hundreds of thousands of dollars and donated thousands of man hours for different charities throughout the entirety of the United States, as well as spearheading a number of well-known local events and benefits. Known and loved for his take no prisoners can-do attitude and sense of humor, Hamma is and always will be a legend to the American Infidels who had the pleasure of calling him, brother. He is the embodiment of the American Infidel. Hamma, there will never be another like you. 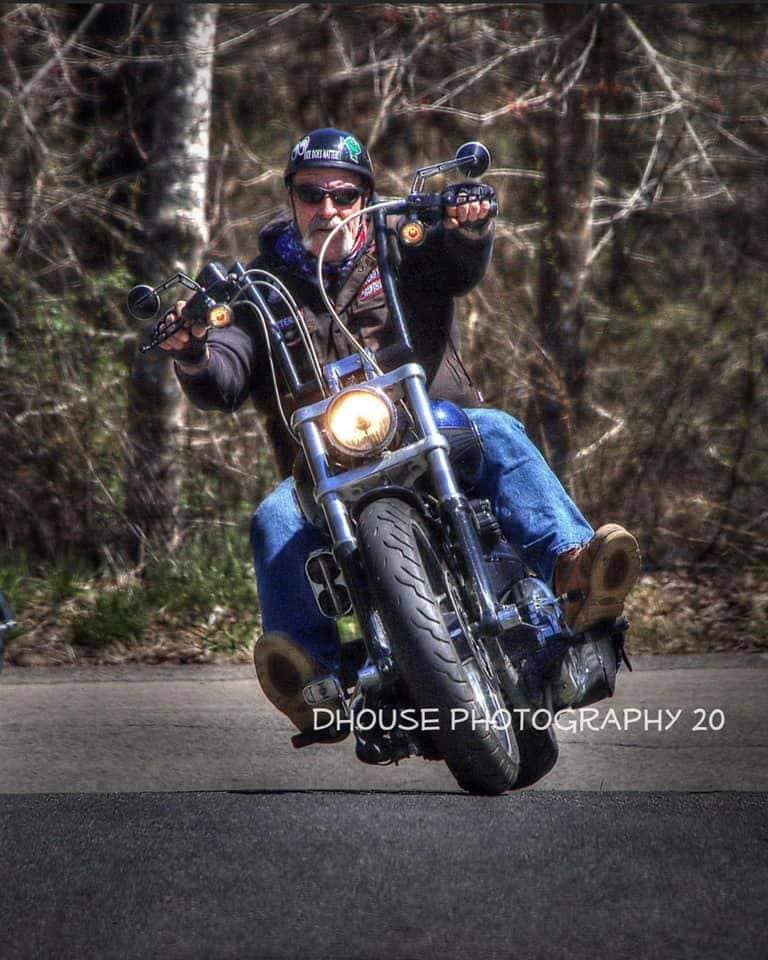 It is with the deepest sadness that the AIVMC Founding Chapter announces the sudden passing of Patchholder TTT following a motor vehicle accident. TTT was a US Marine Infantryman who served with L Co. 3/1. He was a devoted family man, a builder, a mechanic, and a jack of all trades who was quick to make you laugh. He was as solid as they come and could always be counted on. He was loved by all and will be dearly missed.
Never above you, never below you, always beside you. Martin Kashar, age 58 years, of Plymouth, died Sunday, March 21, 2021 from injuries sustained in a motorcycle accident. He was the husband of Sheila (FitzGerald) Kashar, and the son of Barbara (McAlary) Kashar of Sandwich and the late Arthur Kashar Jr. Born on February 3, 1963 in Boston, he was raised in Marshfield and he graduated from Weymouth Vocational Technical School, class of 1981. He worked as a Construction Foreman for Callahan Incorporated in Bridgewater. Martin is a proud United States Marine, the father of five, and the grandfather of five. He was skilled and handy with everything he touched. He could do anything. He loved to spend time down in his workshop. Martin loved old cars and owned a 1954 Dodge Pickup Truck and a 1974 Lincoln Mark 4. He also loved to watch all the old movies. One of the things Martin truly enjoyed was his brotherhood with the American Infidels Veterans Motorcycle Club. Besides his wife Sheila and his mother Barbara, he leaves his five children, Nicholas Kashar and his wife Meghann of Norwich, Connecticut, Alex Kashar of Plymouth, George Kashar of Camp Pendleton, California, Maggie Kashar of Plymouth and Max Kashar of Plymouth, his five grandchildren Reilly, Hunter, Ava, Kaleb, and Veanna Kashar. He was the brother of the late Damon Kashar. 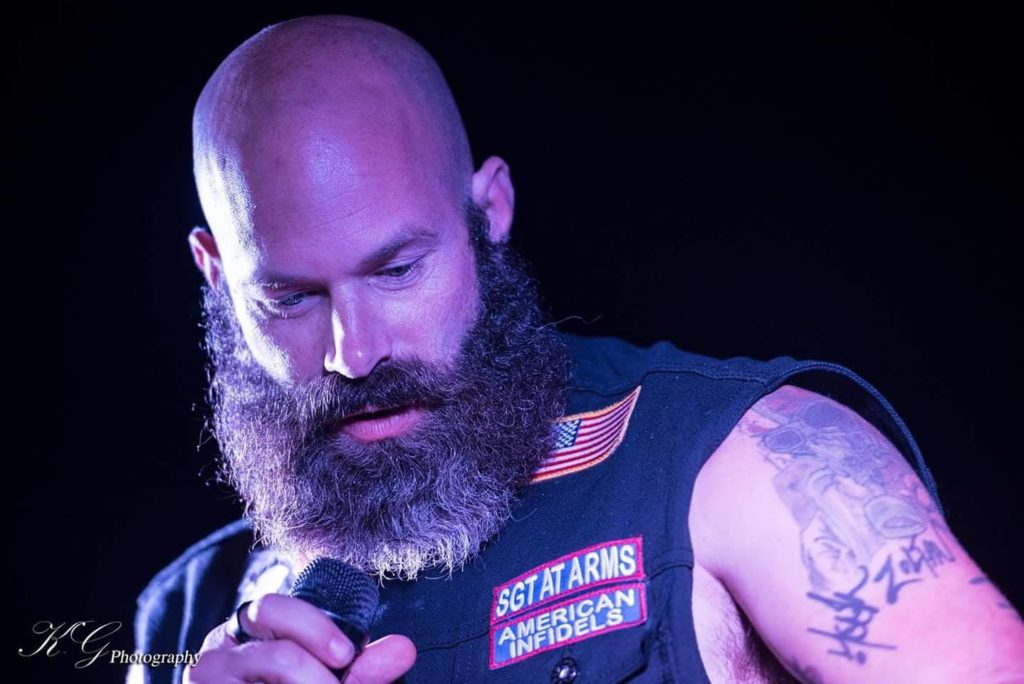 SGT. Stephen W. Jackel Jr 6/22/1970 – 1/3/2018 Sgt Jackel joined the military in 2008 and was deployed in Iraq and Afghanistan, receiving a Purple Heart and earning a Presidential Valorous Unit Award. On Aug. 23, 2011, Jackel and his team were injured when their RG-31 ran over an improvised explosive device in Afghanistan. Jackel was knocked out, and would suffer a brain injury from the blast, in addition to both of his legs needing to be amputated below the knee and several injuries from shrapnel. When Jackel came to, he realized he and his unit were trapped in the burning vehicle. Using his own severed leg, Jackel beat back the flames around him and cleared a path to get out of the vehicle, then helped the rest of his team escape. He would be medically retired from the military in 2013. With two prosthetic legs, he continued to skydive, rappel and climb mountains. He was an Ambassador for 22KILL, a patch member of American Infidels Veterans Motorcycle Club and a leader in the veteran community. He is survived by his wife Adrianna and their six children.

SGT. Robert William Richards, USM (Ret.), 28, of St. Petersburg died on Wednesday, August 13th, 2014, at his home in Jacksonville, North Carolina. A native of St. Petersburg, he was born on February 25, 1986, at Bayfront Medical Center. He graduated from Florida Air Academy in Melbourne, Florida, in 2004. In January 2007, Robert enlisted in the USMC and faithfully served for six-and-a-half years, serving in three combat deployments in Afghanistan in support Operation Enduring Freedom. Thoroughout his career, Robert served with the Scout Sniper Platoon, and in 2009 earned the official title of Scout Sniper. During his military career, he was awarded the Purple Heart, Combat Action Ribbon, Presidential Unit Citation, Navy Unit Commendation, two Marine Corps Good Conduct Medals, Afghanistan Campaign Medal with four stars, as well as numerous other unit and personal awards. He is described by his fellow Marines as a selfless leader, a dedicated Marine, and a faithful friend. He is his mother’s hero. He married the love of his life, Raechel, in 2007. Sgt. Richards is survived by his wife, Raechel; his mother, Cate Richards; his maternal grandparents, Col. Bill Collins, U.S. Army *Ret.) and Ann Collins; his paternal grandmother, M.D. Richards; his mother and father-in-law, R. Edward and Jan W. Bradford; and many uncles, aunts and cousins. Preceding him in death are his father, Dean Turner Richards; his paternal grandfather, Robert L. Richards, who both served in the U.S. Armed Forces. 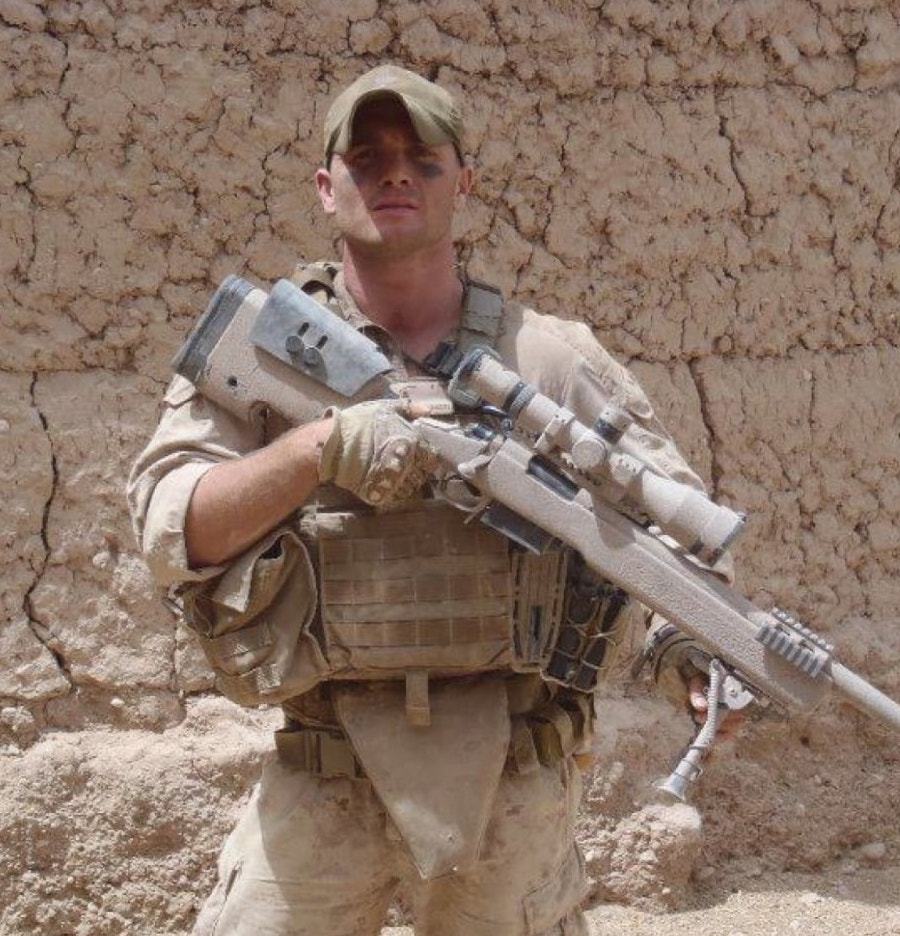 Kennedy, Michael Ryan (BFD Ladder 15) from injuries sustained in the line of duty fighting a 9 Alarm Fire, with Engine 33, in Bostons Back Bay, March 26,2014. Born in Boston on October 11, 1980. Age 33, served honorably for 6½ years in the U.S. Marine Corps earning the rank of Sgt., Combat Veteran of Operation Iraqi Freedom. Be-loved son of Paul Kennedy of Holbrook and Kathy Crosby-Bell and her husband William Bell of Cohasset. Devoted grandson of Christine Crosby of Plymouth and the late Robert Crosby, and Michael and Mary Ellen Kennedy. Survived by the love of his life, Sarah Wessmann of Dorchester. Michael was nephew and godson to Maureen Kennedy Donovan and Jim Donovan. He was the beloved cousin and positive influence on the Kennedy cousins, J’aime Kennedy Donovan, Davin Kennedy, and the late Brendan Kennedy. Step-brother of Matthew DElia, Douglas Bell, Janice Fry, Amy Laliberte, Jeff Bell, Christopher Bell, Melinda, Eliana, and Tomas Crosby-Bell. Michael was a Big Brother to Alex Beauzile through the Big Brother Program. Also survived by many aunts, uncles, cousins, and friends. Michael was appointed to the Boston Fire Dept. Nov. 5, 2007 and formerly worked on Ladder 2, East Boston. Member of the American Infidels Veterans Motorcycle Club. He worked as a fundraiser for Wounded Warriors and for the Boston Firefighters Burn Foundation, and was a certified cross fit trainer. Attended Johnson & Wales Culinary Institute and used these talents to feed brother firefighters.